ShamExpress clocks up another Group winner for the season

Zola Express, the quality, second-crop daughter of ShamExpress (O’Reilly) gained her first win at Group Two level at the weekend when finishing strongly to beat dual Group One winner Tiptronic in the Awapuni Gold Cup. 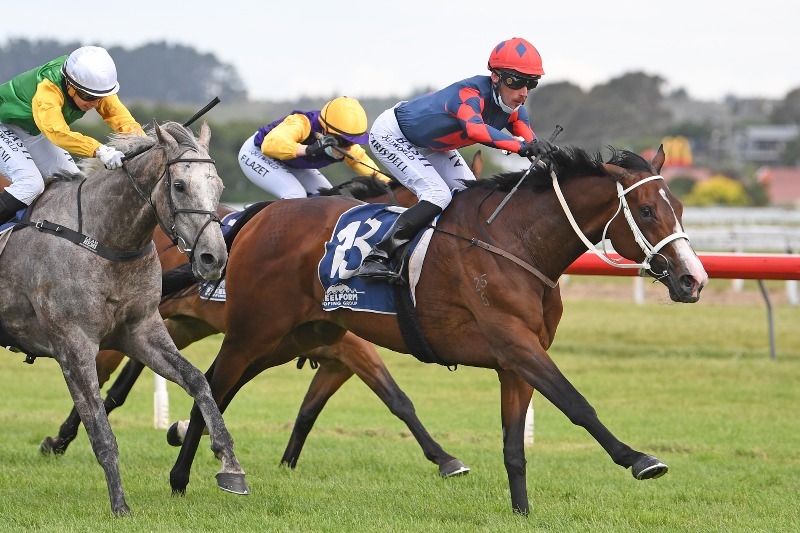 
Tough and consistent, Zola Express has thrived throughout a busy season that began with hometrack success on her seasonal debut in September, a black type win in the Wanganui Cup in November and culminated with her biggest success to date at her third start this autumn in the time honoured Awapuni Gold Cup.

With five wins from seventeen starts and more than $175,000 in prizemoney, Zola Express continues the wonderful season being enjoyed by her sire ShamExpress, crediting him with his third Group winner this season following on from the outstanding Group One victories of Coventina Bay in the Herbie Dyke Stakes at Te Rapa and New Zealand Stakes at Ellerslie together with the Group Two success of exciting 3YO Shamus in the Wellington Guineas at Trentham.


Bred by the Alchemy Family Trust and Windsor Park Stud, who stand her sire ShamExpress, Zola Express is raced on lease from her breeders by a syndicate of owners that includes her New Plymouth based trainer Janelle Millar.

All being well, Millar has indicated a possible season finale for Zola Express in the Group Two Travis Stakes for fillies and mares at Te Rapa at the end of this month.

Zola Express is one of seven stakes winners among eleven stakes performers to date for Group One Newmarket winning sprinter ShamExpress.