BACK TO BACK WINS FOR SUPREME KHAN

The impressive Supreme Khan made it two from two on Thursday at Ashburton, jumping up in trip to 1400 and in class held no qualms for the son of Mongolian Khan. He jumped well from the wide draw and sat outside the leader for Danielle Johnson and in the straight expressed a powerful turn of foot to put his rivals away by almost 3 lengths. 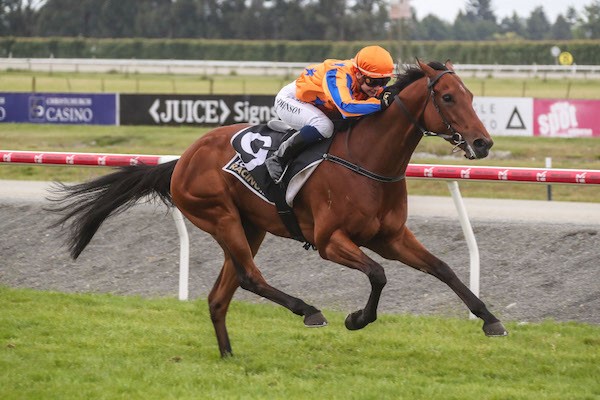 “I thought that was a pretty impressive win and what could be a very nice trial for the 2000 Guineas,” Ellis said. “He’s really stepped up from his Maiden win and beautifully ridden by Danielle (Johnson). She took any bad luck out of the equation and ran the race out strongly.”

Supreme Khan, a $160,000 Book 1 yearling purchased out of the 2019 Windsor Park Stud draft by David Ellis is from the group placed Guillotine mare Angelica Hall, who hails back to one of the stud’s great families including Falkirk and Golden Sword. 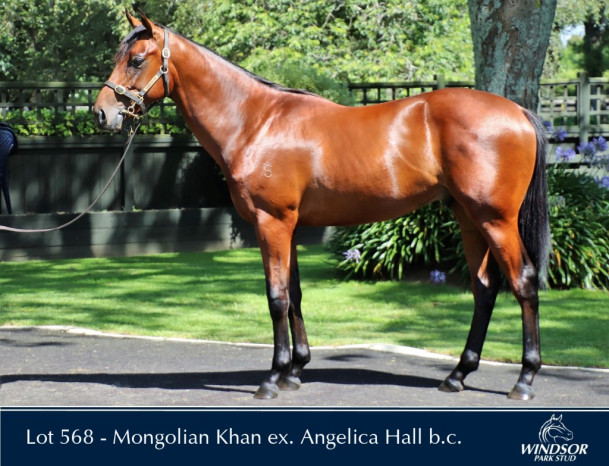 The colt is raced in a syndicate which includes Shaw Wire Ropes and Te Akau syndicate (Managed by Karen Fenton-Ellis) and there certainly looks to be more in store for the colt after yesterday’s performance.

“Mongolian Khan has had tremendous support from breeders throughout his stud career to date and to have a horse like Supreme Khan showing this sort of ability in this early stage bodes well for the stallions future. We know there are some smart ones out there in very good stables throughout Australasia which have trailed well and been looked after until the summer and autumn, so this is just the tip of the iceberg of things to come” Rodney Schick